As you plan your Riviera Nayarit vacation, be sure to include a day at the Altavista Petroglyphs. This 2000-year-old archeological site contains dozens (perhaps hundreds) of stone carvings believed to represent the mythical and religious beliefs of an ancient tribe, the Tecoxquines. For the best experience, plan to go with a trained guide, so you don’t miss any significant aspect of the historical adventure. If you prefer to hike alone, there are distinctive green signs that will provide you with interesting information along the path.

The Tecoxquines were a tribe of farmers, fishers and traders that carried on trade with other tribes in the area and the nearby state of Jalisco. Their tribal name, “Tecoxquines” translates as “throat cutters.” For their religious and spiritual activities, they chose this site at the base of a volcanic rock formation, along a creek running through a lush tropical forest.

Getting to the Site:

The Altavista site is hidden in the mountains along the Las Piletas Creek, on the slopes of the El Copo Volcano. Off Highway 200 between kilometer posts 81 and 82, the seven-kilometer road to the site is unpaved and bumpy. The beauty and raw energy of the jungle that engulfs it, however, will both distract you and take your breath away. At about one kilometer, the road will fork. Going right takes you to the town of Alta Vista, a small hamlet of 200 or so homes that has amazing views of the ocean and beaches of the Riviera Nayarit. Going left takes you to the parking lot of the petroglyphs. Hiking towards the archeological site will take you through a “cultivated” jungle, where you’ll see orchards of mango, papaya, jacka and guanabana. Pineapples, coconuts and bananas are also evident, and complete the “tropical jungle” image.

Approximately a mile from the entrance, you’ll find the most sacred area of the site, a grotto filled with ferns, Philodendrons, palm trees and bromeliads. The Las Piletas Creek flows through it, and it is home to the greatest concentration of carvings. The grotto is a magical place in which to sit and contemplate life.

Further along, you’ll come to a Ceiba tree, which held spiritual significance for the Aztecs, Mayans and other mesoAmerican people. The tree is believed to link all the creatures of the earth to the water world below (at its roots) and the gods above (at its top).

The archeological site covers 80 hectares and spreads out over the hillside. Traversing it takes you past carved images of fish, the sun and moon, reptiles, and even crosses. Interpretation of the symbols vary, but most archeological scholars believe they are the religious symbols of the ancient religious practice, Nahualism. Nahual participants communicated with their gods through the use of psychotropic plants and tobacco. The substances helped them to attain states of ecstasy, which brought them closer to their deities. Their carved offerings to those deities were meant to ensure good health, fertility, abundant harvests and abundant fish. The altered state of consciousness as a spiritual practice has been central to area religions for eons. The name “Nayarit” is derived from Nahual.

The Tecoxquine tribe was decimated by the arrival of the Spanish in the early 16th century, but the site has retained its mythological standing in the religious rites of more recent tribal residents. Today, it is used as a sacred worship site for the local Huichol tribe, so be careful not to disturb it, or leave behind any evidence of your journey there.

A vacation to Mexico’s Riviera Nayarit is filled with relaxing beach days, fun-filled nights dancing under the stars, and the rich history and culture of the Mexican people. The Altavista Petroglyphs bring you up close and personal with 2000-year-customs and beliefs, adding an extra special layer to your holiday. For the best accommodations on the Riviera, contact us today. 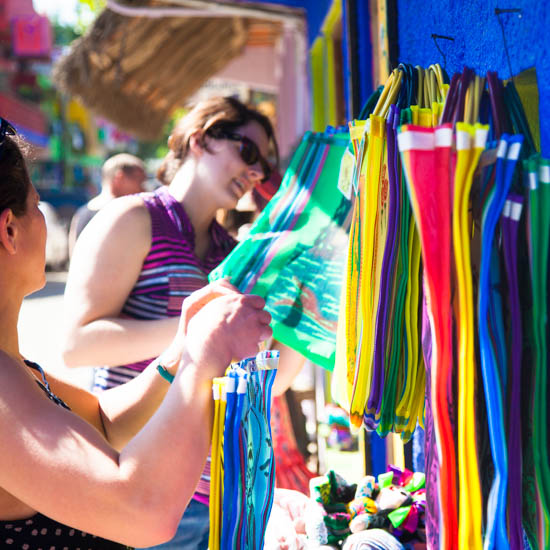